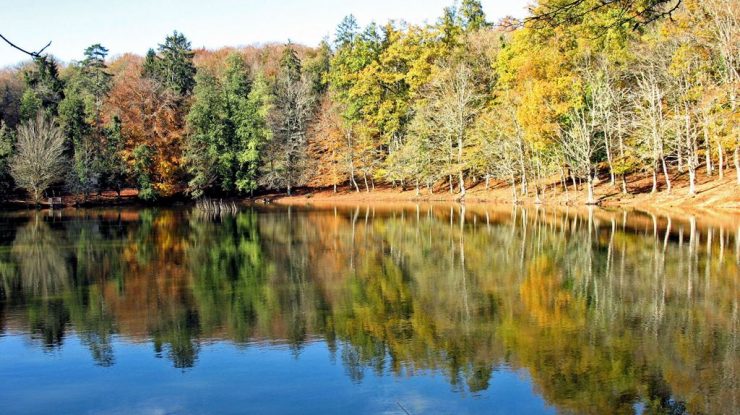 Holidays in the green heart of the Gargano  –

Are you undecided between a sea side holiday or a mountain holiday? The Gargano melts every doubt. If you think, in fact, that this territory is only crystal clear sea and golden beaches, you are mistaken. In the Gargano National Park there is an area that arrives until 832 meters of altitude and that it is extended for beyond 10.000 hectares of surface, much to be nicknamed the green lung of the Gargano. It is the millenarian Foresta Umbra, a protected nature reserve located in the zone center-oriental of the Gargano, that it boasts a rich and ancient vegetation, so thick that it earned the name “Umbra”.

The Foresta Umbra is one of the forests best conserved of Italy, beyond to being considered the beech wood lowest of Europe. Here the beeches, in fact, are located in altitudes much lower of the classics 800 meters, merit this of the very special climatic conditions of the Gargano. According to some, the name “Umbra” comes from “Umbri”, an ancient people belonging to the Celtic branch, which used to live in the forest robbing and pillaging the shepherds; a simpler explanation argues that the name of the forest comes from its characteristic darkness (as a matter of fact, the Italian word “ombra” means “shadow”).

If you visit, you’ll remain really speechless. It’s amazing how just 15km from the golden beaches of the Gargano, one finds oneself in an environment at part, almost mountainous. This is the realm of lovers of nature, trekking, cycling, but also of photo enthusiasts which, with the colors of the forest that mutate from season to season, here they realized fantastic shots.

You can admire it as more you like: on foot, walking through one of the fascinating predisposed trails, with excursions in trekking, pedaling in mountain bike or simply stopping to listen the sounds of the forest and its inhabitants: roe deer, wild boars, beech martens, woodpeckers and many other.

REASONS FOR VISITING FORESTA UMBRA
The Flora of the Foresta Umbra boasts beyond 2000 species vegetables, much to make to attribute to the Gargano the name of botanical garden. In the high zone of the forest predominate the Beeches, in the intermediate zone the Turkey oaks and Oaks and in lowland zone the Holm oaks.At these species are also added the Italian Oak, the Downy Oak and noble species such as the Italian Maple, the White Hornbeam, the Field Maple, the Sycamore Maple, the Manna Ash and the Yew.

The Fauna of the Forest is richest of species animals that find here their habitat natural. Some are common species like wild boars, roe deer, weasels and woodpeckers, other rare ones like fallow deers and wild cats. Turning for the Forest, you’ll also meet foxes, hedgehogs, squirrels, martens, mouflons and birds of prey like the eagle owl, the peregrine falcon and the goshawk. Always remember that is their house. You are the guests, therefore you must to behave as such.

A pic-nic in the Foresta Umbra is an experience not to be missed during the holidays on the Gargano. Thanks to the appropriate equipped areas is possible spend a delightful day in the respect of the nature, to lunch encircled only from the luxuriant vegetation, relax between the harmonious sounds of the animals which inhabit the forest or to find somewhere cool from the summer heat.

The wild Orchids color and perfume intensely the picturesque underbrush of the Foresta Umbra. It counts, in fact, that on a total of about 230 present species in Italy (about 500 in Europe), 85 species, belonging to 17 different genera, are located right in the Foresta Umbra. To admire them, just going into the Foresta Umbra from April to late May.

The Foresta Umbra is crossed by 15 trails realized by the State Forestry Corps. Among them you can choose the most suitable for you, on the basis of the time available and your physical strength.


WHAT TO SEE IN THE FORESTA UMBRA?

The Small Lake of Cutino, better known like Laghetto d’Umbra, is an artificial lake peopled by numerous forms of animal life: fish red, fish cat, frogs, toads, turtles and ducks. A true oasis of peace, by different colors depending on the weather and season.

The Visitors Center is the reference point for those arriving in Foresta Umbra. Here you will find the natural history museum and an outer zone that illustrates the traditional activity of the woodsmen and coalmen. At the visitors center you can also rent mountain bikes and buy the map of the trails, a guide to discover the secrets of the place symbol of the Gargano National Park.

The Natural History Museum, in the area of the Visitor Center, has a section dedicated to the flora, an archaeological section, where displays a series of artifacts dating back to the Paleolithic and Neolithic, and a section dedicated to the fauna of Gargano, with more than 200 stuffed animals living in the Park. It is open from Palm Sunday until 4 October, from 09:00 to 18:00.

The Reserve of the fallow deers is in a fenced area a few meters from the Visitors Centre. Here you will be able to give to eat at the wonderful specimens with maize grains purchased at the museum. Will themselves to approach because they recognize the bag of maize. Ideal to stimulate children’s interest.

Gioca bosco is a recreational-didactic area set up inside the forest and destined to the children. Here children can play in the woods and with the forest. The area, in fact, was conceived as a new way to offer young visitors the forest environment, also focusing on the emotional sensations.


SPECIAL EVENTS IN THE FORESTA UMBRA

Il Consorzio Gargano Ok in fiera a Padova per Itinerando

Find out more or adjust your settings.