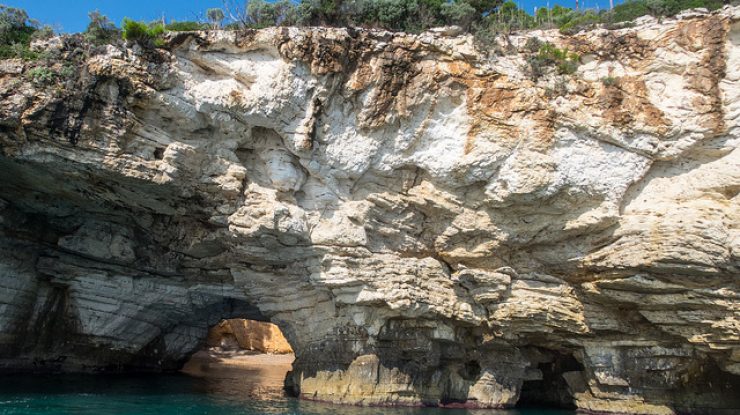 Impossible was the word that came to mind as our boat’s captain positioned us to enter our first grotto.

The dark, narrow entrance was no more than a few inches larger than our boat, with the task made all the more challenging by the undulating waters of the Adriatic beneath us. 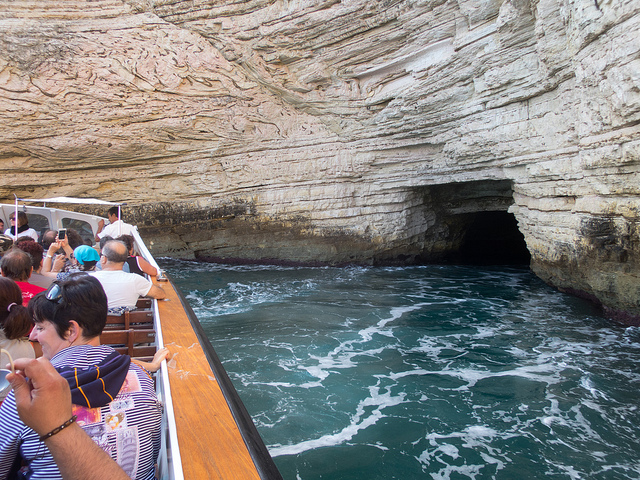 The experience reminded me of amusement park rides purposefully engineered to take riders as close to walls and obstacles as possible, without actually touching them; the goal being to incite fear and excitement. 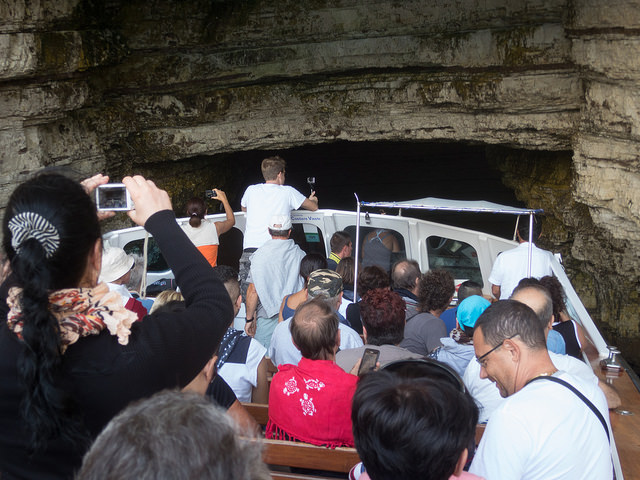 Only here, we were in nature and 100 percent reliant on the Captain’s experience. There was truly no room for error.

Despite the low clearance, people began to stand and take photos as we slowly, but steadily, advanced. Sitting on the right side, I watched as the edge of the boat glided past the striated stone, not once bumping it.

Once inside, the boat bobbed in place, allowing us the opportunity to process what we were seeing.

The interior of the grotto featured a small “beach” for lack of a better word. In a dingy, one would be able to get out and have just enough space to sit down.

The ceiling, relatively low to some of the others we would see, featured concentric rings of rock. Erosion was taking its slow, methodical toll on the porous limestone.

The grotto was so small, the only option to exit was to put the boat in reverse and back out, a task handled as skillfully as our entrance. 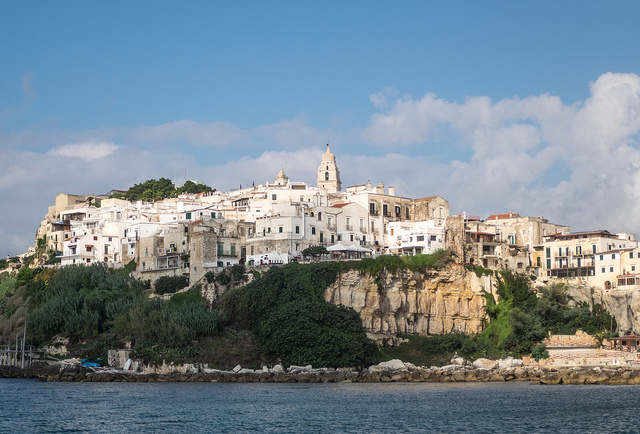 The Gargano Promontory is filled with grottos (caves), as I first saw during the visit to Monte Sant’Angelo.

There are several companies which run the twice-daily boat tours. We used Motobarca Desiree, which currently ranks #1 on TripAdvisor for things to do in Vieste.

The cost is no more than $20 per person (not including lunch) and the information presented on the tours is only offered in Italian. 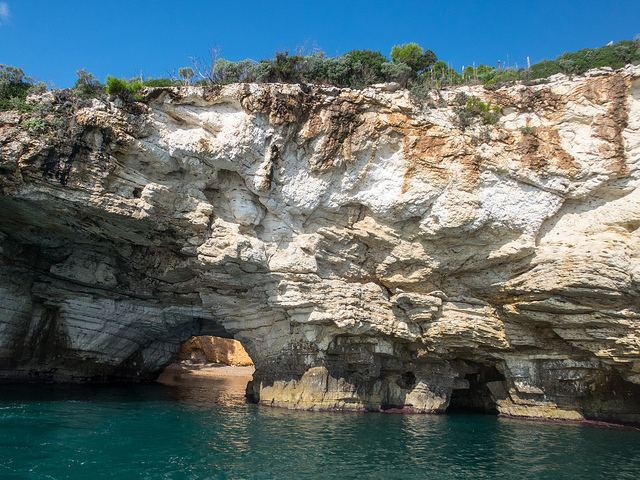 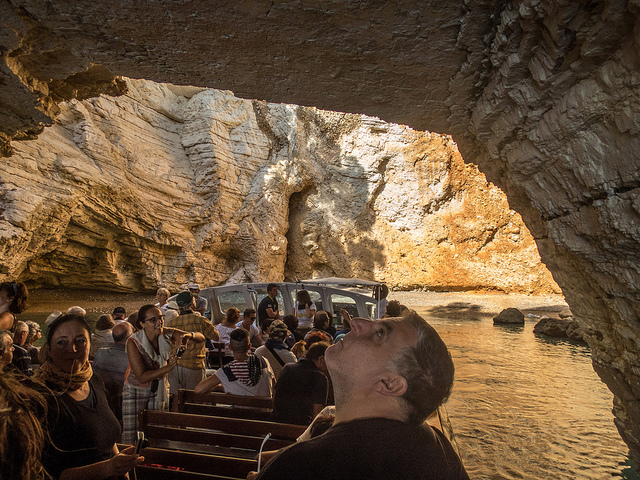 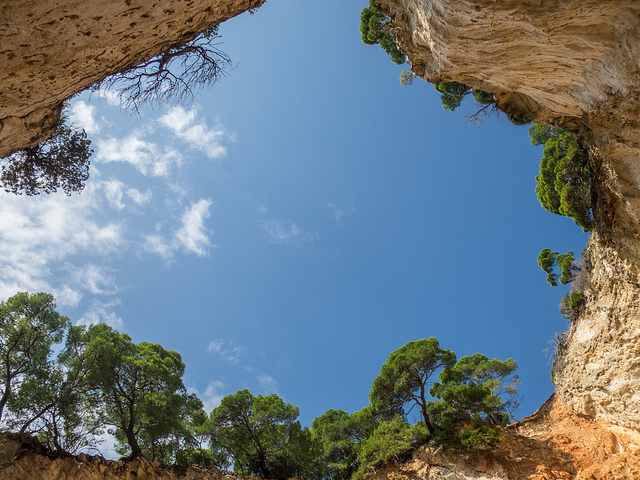 Once we’d entered and exited our first grotto safely, we knew what to expect, yet each of the five or so we’d enter would be a different experience.

The second grotto was less imposing, as the back of it was visible due to the erosion of the rock above.

It was larger, and more spacious, but it was mostly the warm sunlight that felt so welcoming.

“Wonderous” is the word that came to mind as I looked at the tree-lined perimeter above.

I’m sure geologists love this stuff, but one need not know about rocks to appreciate their beauty. The Grand Canyon is a shining example. 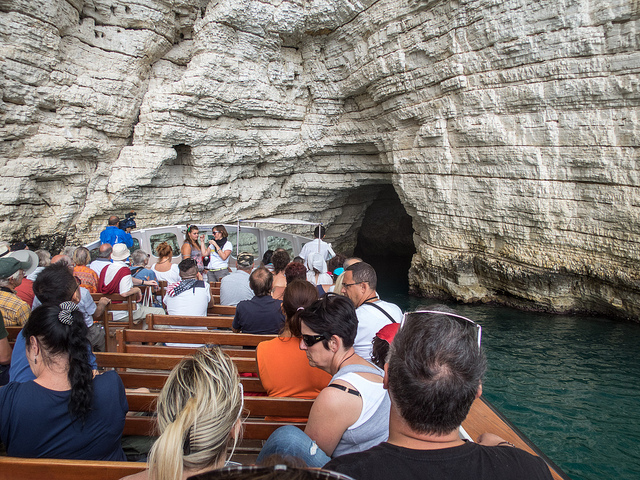 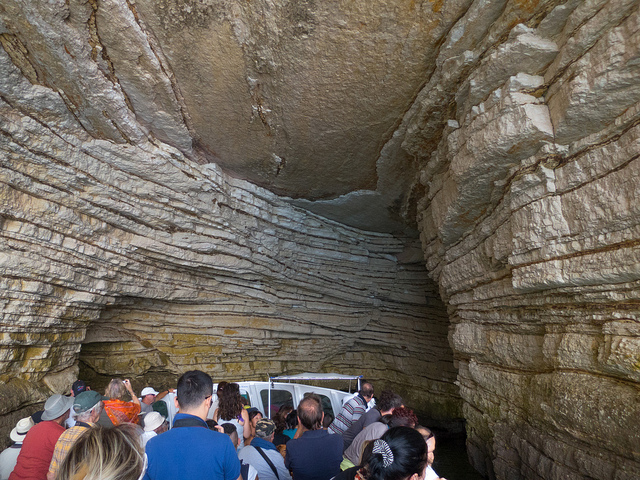 In addition to the grottos, it was also fun to simply be on the water, cruising east along the northern coast of Gargano.

We saw multiple stone watchtowers atop cliffs, similar to the ones that dot the rest of Gargano’s coastline. 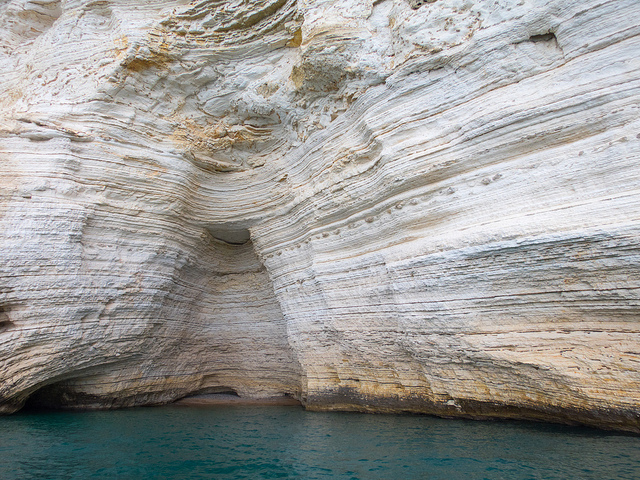 We passed a few resorts, with their private beaches and elevators built into the stone cliffs.

Kayakers appeared as mere specks of color below the towering rock faces.

The first phase of the tour, where we visited the various grottos, took about three and a quarter hours.

We then sped back to a small, private beach we’d passed on the way out. It was here where we’d make landfall.

A barbecue lunch is an added cost to the tour, but highly recommended. For those who skip it, there’s free time to go for a swim or lie out in the sun. 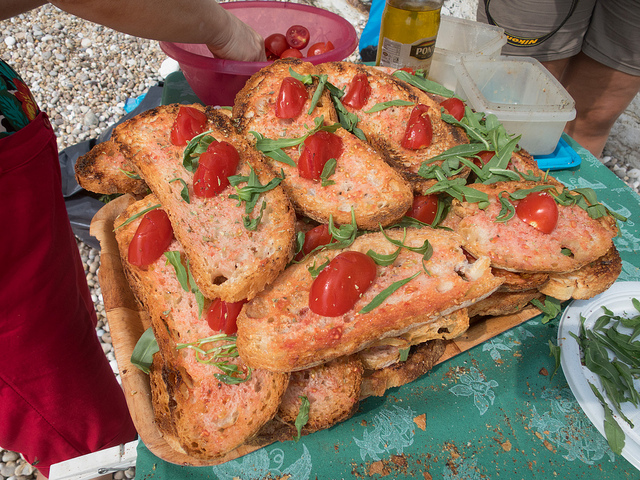 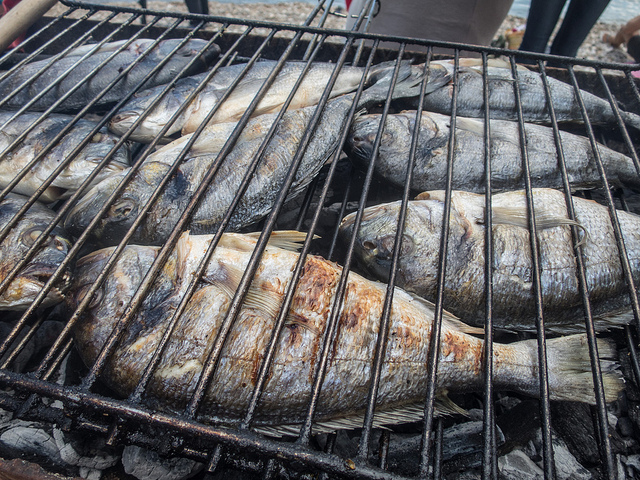 As with all our meals in Gargano, lunch was fantastic.

I wasn’t expecting much given our location, but we were treated to beautifully presented bruschetta, fresh grilled fish and cookies for dessert. There was even white wine.

We spent a little under two hours on the beach, before motoring our way back to Vieste. 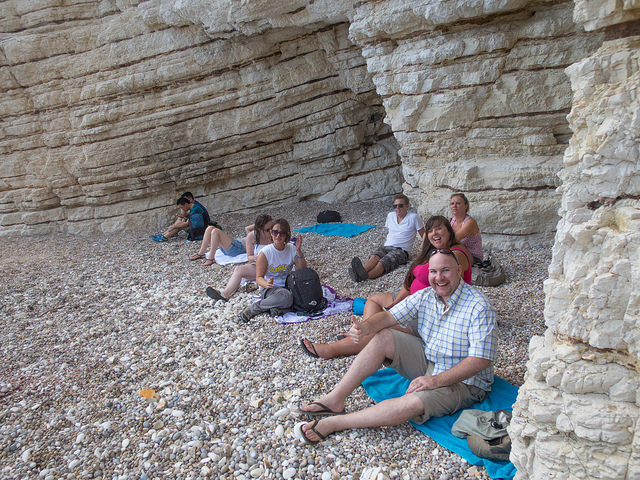 I had no idea what to expect of this boat tour, yet it turned out to be one of the highlights from the entire week. And I wasn’t alone in that sentiment.

Polling my fellow bloggers at the end of the trip, it was a clear highlight for them too.

My trip to Gargano, Italy was in partnership with Gargano OK. 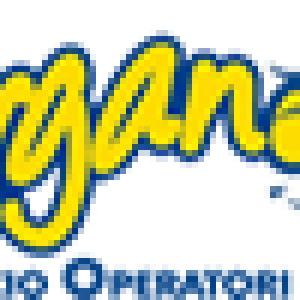