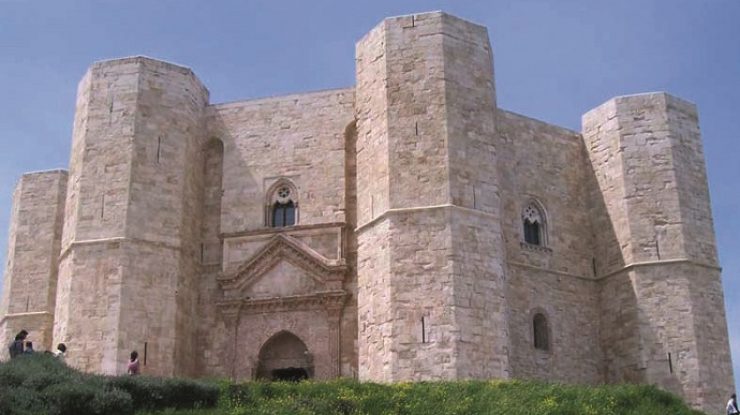 Much more than a seaside holiday  –

For understand the reasons there is only one thing to do: you must plunge headlong into this magical land, capable of combining different types of holidays, thanks to its wonderful beaches, the fascinating sea caves, the villages that seem come out directly from the fables, the places of faith, its mighty castles, the cities of art and also its gastronomic tradition.

The Apulia reserves something unexpected for everyone. Any list drawn up to indicate the most beautiful places in Apulia will not render ever justice to all the countless wonders that this region can offer.

For this, once you understand that the Apulia is not only seaside holiday, an advice: you have to choose an area at a time and visit it thoroughly. Do not you think that is enough a week for discovering all the beauties of the Apulia. Rather you return here for the next holiday.

REASONS FOR VISITING THE APULIA

Sea. If you dream a seaside holiday, you must know that there are 784 km of coast, to which we must add the approximately 50 km of the Tremiti Islands, for a total of 834 km. From the Gargano to the Salento you can choose between beaches, cliffs and coves characteristics, bathed by a limpid and crystalline sea.

Nature. If you want a holiday immersed in the green, in Apulia you are spoilt for choice. The nature here becomes the protagonist, with the National Park of the Murge, the National Park of Gargano, the secular Foresta Umbra, the wonderful wild orchids, the salt-pans and the lakes of Varano and Lesina.

History. For those which want to make a journey into the history, The Apulia preserving a wealth of places that tell the ancient origins of this land: from prehistory to the Magna Greece, from the imperial age to the Renaissance to the glories of baroque of Lecce. Here are passed the Greeks, Romans, Byzantines, Normans, Spanish and, even before, different indigenous peoples. Each of them has left its trace. Many are the sites recognized as being of historical and archaeological interest.

Faith and spirituality. The Apulia is land from strong spirituality witnessed by religious buildings of remarkable value. Symbol places of faith are Monte Sant’Angelo, with the famous Sanctuary of St. Michael the Archangel, destination of so many pilgrimages since the VI century for the Via Sacra Longobardorum, San Giovanni Rotondo, the city where Padre Pio lived and died, and the Basilica of St. Nicholas in Bari, a place of pilgrimage for the orthodox faithful throughout the world.

Folklore. Those which love the tradition and the popular music, on the other hand, cannot fail to live the countless festivals and festivals of town that animate throughout the year the region.

Villages. For fully enjoy the Apulia, you have to know its villages: towns to peak on the sea as Vieste, Rodi Garganico, Peschici, Polignano a Mare, Gallipoli and Otranto, or jewels hidden in the hinterland as Vico del Gargano, Ostuni, Cisternino, Alberobello, Monte Sant’Angelo, Locorotondo and Martina Franca. Get lost in the labyrinths of their historic centres is almost magical.

Food. It is one of the strengths of the Apulia. The cuisine here is defined poor for the use of simple and genuine ingredients, but the dishes are an explosion of taste, flavours and smells, result of recipes that are handed down from generation to generation. Without forgetting all the products recognized as slow food presidia!


WHAT TO SEE IN APULIA?

Castel del Monte, situated in the territory of Andria, is considered an ingenious example of medieval architecture. One of the more imposing and mysterious castles of Italy.

Coves of Castellana, among the best known attractions even abroad, are a show of the nature carved in the cliff in the course of the time.

Trulli of Alberobello, symbol of the Apulia all over the world, are recognized like UNESCO World Heritage Site.

Valley of Itria. Located in the heart of Apulia, it extends luxuriant among extensive olive groves, vineyards, manor farms and the characteristic Trulli.

Tremiti Islands. Considered the pearls of the Adriatic, are an archipelago formed from five islands, situated in front of the coasts of the Gargano. A coffer of natural wonders.

Sea Caves of Gargano. An incredible show, result of secular work of the wind and of the sea, to be discovered absolutely with on a boat excursion.

Foresta Umbra, the natural protected area of the Gargano National Park, that it accommodates various species of secular trees, flowers of rare beauty, between which the spectacular wild orchids, ornamental plants and exemplary animals.

Lakes of Varano and Lesina. Located in the north coast of Gargano, are both separated from the sea by a thin strip of land.

Gargano. The splendid Gargano promontory is one of the natural areas most luxuriant and amazing than all the Apulia.

The peninsula of Salento. It is located in the southernmost part of Apulia and hosts small and charming seaside towns and wonderful beaches.

Baroque of Lecce. It is a genre of baroque unique in the world because it indissolubly tied to the qualities typical of the stone of Lecce.