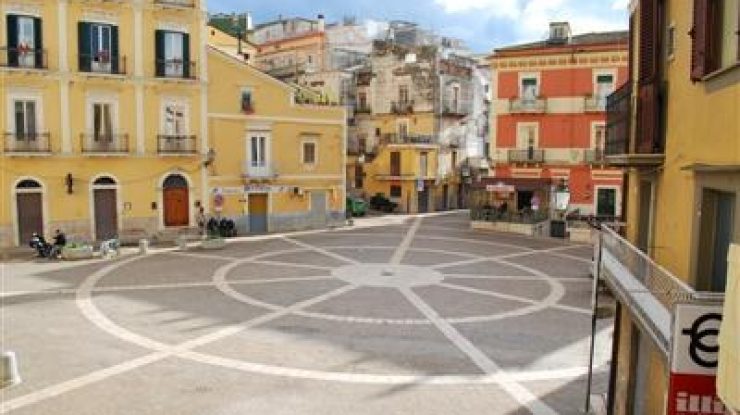 Between folk, history and flavours of the Gargano  –

It is a gracious centre of the Gargano located between the Varano Lake and the Foresta Umbra. Its old village, which was founded around the year 1000, is one of the most suggestive of the Gargano National Park and represents a typical example of architecture of Gargano: steep streets, narrow alleys, houses leaning one against other with steps that lead to the upper floors.

Known for the production of oil and broad beans, “guarded” by Slow Food, the town has become a popular destination in Apulia thanks to Carpino Folk Festival, the event dedicated to popular music and its influences. The event, held every year in the first decade of August, has allowed also to revive and learn about “I Cantori di Carpino” which reinterpreting ancient tarantellas with casement guitars, they gave life to the development and research on popular music of Gargano and Southern Italy.

Carpino however arouses a lot of interest from the historical-cultural point of view. Worth visiting the numerous churches of the old town, including the fourteenth century Church of San Cirillo, which, with the exception of its Romanesque portal, comes in the Baroque form, and the Mother Church, in the heart of the most ancient district of town.

REASONS FOR VISITING CARPINO
The Carpino Folk Festival, which is held in the first decade of August, is an event born in the town of Gargano for preserve the heritage of folk music. From 10 years now the event livening up the summer with the traditional musics of Gargano. In addition to attracting enthusiasts and technicians, this festival is a strong appeal for tourists attracted also by the distinguished guests participating. To interest the public are also I Cantori di Carpino that sing a musical repertoire among the most suggestive and ancient of the Apulian territory.

The Biogenetic Nature Reserve State, established in 1977, falls within the territory of Carpino and the neighboring Ischitella. It is a protected nature reserve of Gargano that extends over 300 hectares of wood and is characterized by valleys and small valleys that degrade toward the Varano Lake. The flora is distinguished by the presence, in addition to the holm-oaks, also of beech trees, which reach lower altitudes with respect to their conditions, turkey oaks, hazels, holm-oaks and Italian oaks. Also the fauna is rich, characterized by the most important mammals of the Park, such as the wild cat, the roe deer and various species of birds. The Romandato torrent flows in the reserve and flows into the Adriatic Sea in the territory of Rodi Garganico.


WHAT TO SEE IN CARPINO?

The Castle stands on the highest point of Carpino. It was built by the Normans between 1150 and 1160 and then restored and enlarged by the Swabians. It remains today only the old tower, topped by a cylindrical building because the remainder of the building has been converted for use by civilian housing.

The Minutillo Caves, located a few kilometers from the town of Carpino, are of great historical and natural interest. They are composed by twenty karstic cavities in which there are evident the signs of medieval civilization. Some are unexplored.

Archaeological sites. Around 1950 the area of Carpino was the subject of studies and archaeological excavations to find what was left of civilization Uriah. During these excavations were found many coins, skeletons, pottery, agricultural tools and valuables, now kept in museums in Italy and Europe.