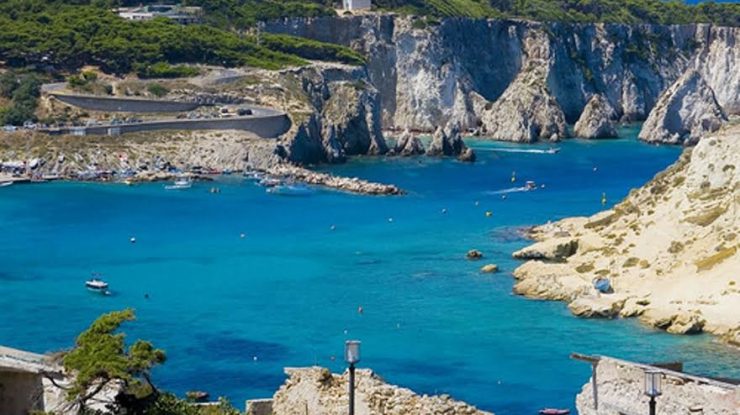 An angle of paradise in the Adriatic  –

A holiday on the Gargano cannot be said completes without to have visited Tremiti Islands. Defined the “pearls of the Adriatic Sea”, they are found to approximately 12 miles from the coast of the Gargano and are a coffer of incredible beauty all to discover.

The archipelago, protected reserve marine of the Gargano National Park, is composed of five islands. The largest is San Domino, the island that accommodates also the majority of the receptive activities. San Nicola instead, inhabited from several orders of monks in order almost 1000 years, today is the administrative center of the archipelago. Capraia (or Caprara), completely deserted, is famous for the wealth of its backdrops. Cretaccio, little more than a rock, is the smallest island of the archipelago, nestled own beside San Domino. The island of Pianosa is the farthest, approximately 11 miles of distance from the others, and is integral marine reserve.

The pristine nature, the crystalline water and the variety of the colors of the backdrops of these islands attract to every year thousands of visitors from all the world. But to render the archipelago an irresistible stage it is also the charm of its history that gets lost between myth and legend. It’s said, in fact, that the islands have been born at the hands of the hero Diomedes, which threw in sea five rocks carried with himself from Troy, which they resurfaced as islands. The legend wants also that Diomedes was buried in the Tremiti Islands and that its men have been transformed by the goddess Aphrodite in marine birds, called “diomedee”, then still today with their song they continue to cry the dead women of their head. Here because Tremiti Islands are calls also “Diomedee Islands “.

In order to reach the Tremiti Islands is sufficient embarking from harbours of Vieste, Rodi Garganico and Peschici on fast and comfortable ferryboats with daily departure.

REASONS FOR VISITING TREMITI ISLANDS
San Nicola, also not being the greatest island of the archipelago, is that which encloses in itself all the history and the myth of the Tremiti Islands. Over the centuries there followed one another communities of monks that gave life at the picturesque historic centre that is seen still today. To testify the richest political, economic and spiritual past of this island it is the imposing Abbey of Santa Maria a Mare, rich of works of extraordinary beauty. The island was used like penal colony and exile already at the times of the roman empire: in it lived and died also the granddaughter of the emperor Augustus, Julia, expelled from Rome in order to have betrayed the husband. Besides here, until the last century, antifascist political prisoners, as Sandro Pertini, had served their sentence. Only island to being inhabited also in winter, here is continued to still speak a dialect very similar to the Neapolitan, as to the times in which the Apulia and the Gargano they were under the influence of the Kingdom of the Two Sicilies.

San Domino is the only one of the five islands to being completely covered from Mediterranean spot and is also the only one where the cars can have access, but only those of the residents. During the twenty-year period fascist, it was a penal colony for homosexuals.

Capraia is the largest island after San Domino and also the wildest. Completely uninhabited, is an expanse of shrubs of various kinds, among which the plants of capers, by which originates another island name: Capperaia. Its sea beds, rich of vegetation and fish, accommodate the famous submerged statue of Padre Pio and are the perfect destination for long immersions of snorkeling. Between its bays, there is the Architiello, a work of natural art that encloses a little lake green emerald. It is said that if two lovers exchange a kiss under this arch, then they will love each other for a lifetime.

Cretaccio, the smaller island of the Tremiti Islands, is a species of great cliff that appears between San Domino and San Nicola to some hundreds of meters of distance. The island is uninhabited and arid and is the one that most lends itself to become theater of legends. One of these wants above all that on Cretaccio it is gone around, especially during the stormiest nights, the ghost of a prisoner fugitive from a penal colony and beheaded here. Besides Cretaccio, there is the stumbling block la Vecchia (the old woman), call so because always second the legends, appear the ghost of an old woman which was spinning.

Pianosa, to twenty or so kilometers from the other islands, is the more mysterious island of the archipelago. It is anintact marine reserve, with prohibition of landing, navigation and bathing within the 500 meters from the coast, and is reachable only after authorization for reasons of study and research.

The sea beds of the Tremiti Islands make this archipelago a paradise for divers. You can spot dozens of ichthyic species. The sea beds besides are rich in wrecks, hidden treasures dating to the first century BC. The crystal clear water makes visible colored sponges, starfish, colorful annelids, anemones and red gorgonian. If you swim in the open sea, you may encounter also marine turtles and dolphins.


WHAT TO SEE IN THE TREMITI ISLANDS?

A turn of the island in boat affords to discover the wonderful coasts of Tremiti Islands: A succession of vertiginous cliffs, coves and inlets of rare beauty, sea caves, rock arches and faraglioni carved from the sea. During the tour you will admire the Grotta del Bue Marino, the Grotta delle Viole, the Grotta delle Rondinelle besides the rock works realized by sea and wind like the Scoglio dell’Elefante, the Ripa dei Falconi or the Punta del Diavolo. And it is only via sea that is possible to reach the most beautiful coves, like the wonderful Spiaggia dei Pagliai in San Domino.

The Abbey of Santa Maria a Mare in San Nicola is a masterpiece of medieval art that from the top dominates the whole island. Built by the Benedictines in 1045, it has been modified in the fifteenth century, commissioned by the Lateran Canons. The church preserves several jewels of art, including, on the high altar, a wooden polyptych of the Venetian school of the ‘400, a beautiful crucifix on wood of the twelfth century, a wooden statue of one meter representing the Virgin Mary with the Child Jesus and the “Underfloor of mosaic”.

The Grave of Diomedes is so called a Greek grave to circular plant situated in the island of San Nicola. It is found in the campaign, behind the inhabited center of the island. Do not expect to find a headstone with epitaph, but according to the legend it is here that Diomedes was buried and a sign indicates it.

The Statue of Padre Pio is currently the greatest submarine statue of the world. Realized by Domenico Norcia, sculptor born in Foggia, it was placed in 1998 near the Capraia island and located about thirteen meters of depth. Its dimensions are really imposing: 3 meters of height, for a weight of 12,25 quintals more 110 quintals of basement! In order to admire it just do simply an immersion in that point.