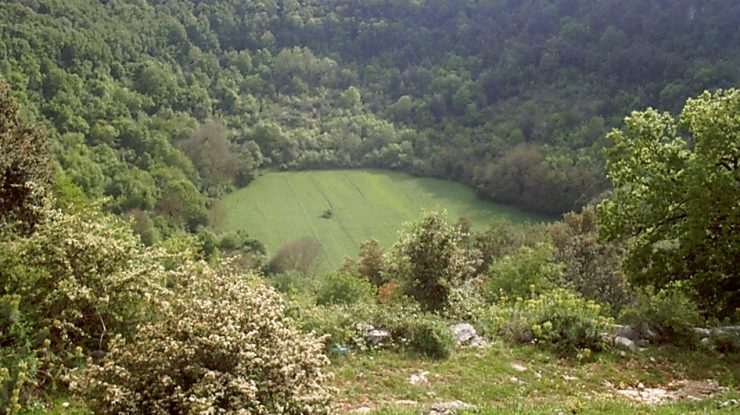 The Gargano is a land of a thousand faces. Among them there is the less known, but very charming of the karstification, produced by the action of rainwater and carbon dioxide on the limestone rocks, that here has sculpted and drawn marvelous landscapes, both on the surface and in depth, witnesses of the geological history of Gargano. Among the most spectacular manifestations karst inland of Gargano there are the dolines of which in the Gargano there are over 4000.  An excursion for admiring these works of the nature cannot miss during a holiday on the Gargano, also because two of these dolines are among the largest in Europe.

Situated in the territory of San Nicandro Garganico, with a perimeter of about 1.850 meters and a depth of more than 100, the doline Pozzantina is the second doline largest in Europe. Its circumference is covered by a rich vegetation, while at the center of the basin there is an artesian well. The emotion you feel in front this wonderful work of nature is indescribable! The doline is reached along the provincial road that connects San Nicandro Garganico to San Marco in Lamis until the 13th km. Here, on the right, you will find an asphalted narrow road that leads directly past the doline, in a higher position, from where begins the route for the descent.

A few kilometers from Rignano Garganico instead there is the third larger doline of Europe, the doline Centopozzi, so called for the countless wells created by man, once utilized as water cisterns and today partly buried. Faced with this imposing natural amphitheater you can only remain speechless! Starting from here wind their way interesting thematic routes present in the area of Rignano Garganico among which the Paglicci Cave, with its museum.


The Grand Canyon of Gargano

It is called so the path of the Romandato Torrent that develops along the bed of the ancient river, now dried up, in the territory of Ischitella. This torrent over the millennia has created, with its erosive force, a suggestive “canyon” along which you can admire an imposing vegetation, very rich in flint nodules, which assumes the characteristic shape “at gallery” and that barely leaves filtering the sunlight. Rich in sources of spring water, is a veritable treasure trove of biodiversity. For lovers of the nature is a route not to be missed. 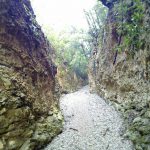 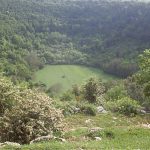 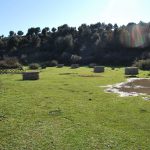 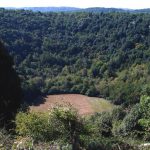