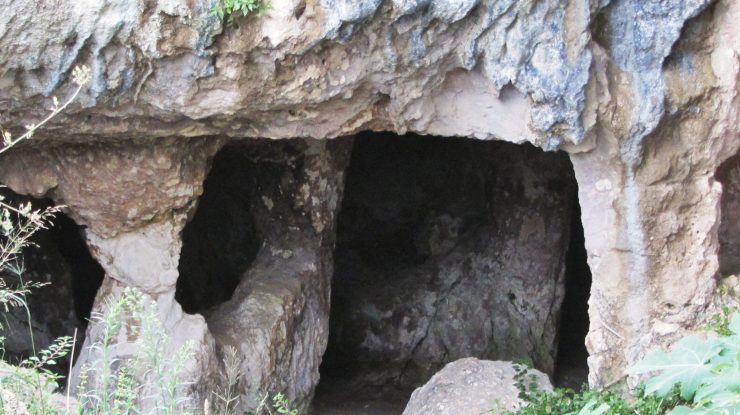 If you are passionate about history and archaeological excursions, in the Gargano you will find bread for your teeth. The Gargano in the course of the centuries has been a crossing place for many civilizations, each of which has left your own mark. This is testified by the many artifacts found in the area: Paleolithic settlements, necropolises and archaeological sites not entirely unexplored and which have already attracted researchers and enthusiasts from around the world. Here are the places to visit absolutely.

Internationally renowned, the site of Grotta Paglicci is considered one of the archaeological places most important than all Italy. According to the studies, in fact, this cave dating back to the Paleolithic one accommodated the Homo Sapiens Sapiens, called also Man of Cro-Magnon. This place is a veritable national historical treasure, one of the few and very rare sites in Italy where she was discovered the primitive rock art. They were found, in fact, three parietal paintings, realized with the red ochre depicting 3 horses, of which two small and one large that is slowly disappearing. Not only. Al its inside, and in the outskirts, were found beyond 45.000 finds of the Paleolithic Lower, Middle and Upper, through which it is possible to travel over again the three historical phases on the promontory. Among these are handprints, graffiti, lithic instruments, objects of mobiliary art and even the skeletons of two young inhabitants of the shelter, dating back to about 25.000 years ago and 23.000 years ago. You will cannot entering directly into the cave, that is only open during excavation campaigns, but you can visit the museum, located in corso Giannone 10, where is kept the treasure discovered over many years of excavations. The historical richness of this place does overshadowing even the fabulous landscape that can be admired from here: It extends from the Rocky Mountains to the pastures and to the olive groves.

Situated to 7 km from Vieste, on an area of 6000 square meters, this site, that it takes its name from a brook that runs through it, includes an important Paleochristian necropolis of the III-IV century AD, consisting of over 300 graves carved inside natural caves.  Considered the largest and most impressive necropolis of the entire Mediterranean basin and the most ancient testimony of the arrival of Christianity on the Gargano, you will be impressed by the charm of this place where archeology, history and nature merge, immersed in a perfumed Mediterranean maquis.

In locality “Civita”, on flanks Monte Civita, on the side south of the inhabited center of Ischitella, was found an area, that has been already frequented in prehistoric age, where is visible an immense necropolis dated to the V-VI century BC with graves defined at “haversack”. In these graves, from the maximum length that goes from the 100 to the 140 cm approximately, the corpse could be placed only in a “fetal” position. According to studies performed, the finding makes to think to a presence of Samnites and, even though with caution, at the presence of Etruscan warriors. Outside by the graves they found some weapons, a reason for which believing that the same weapons were a spoils of war. Inside a grave has been also found a funeral equipment formed by fibulas, necklaces, ambers, ceramics, a sign of cultural relations with the other side of the Adriatic. Very evocative also the panorama that you will be able to admire from the top of the hill.

In this area, located about 4 km from the town of Mattinata and frequented since the Bronze Age, there is a vast necropolis constituted since more than 500 graves scattered on the mount and dug into the rock that shows the presence of the civilization of the Daunians. In these graves, that evoke the ritual of the returning to prenatal life, the deceased were placed huddled with the objects most dear to them. Originally they were to be closed by large stone slabs. The mount overlooks on the blue sea of Mattinata, thereby offering a breathtaking landscape to anyone which decides to go on its summit.

Situated on the east side of the Baia di Manaccora (Manaccora Bay), the Grottone di Manaccora is a natural cavity in which it was detected the presence of a human nucleus dating among the XII and the XI century BC with relevant archaeological evidence dating back to the Bronze Age. From the finds have been documented activities linked to both the weaving and the spinning that at the milk processing and derived products to. Documented also the practical of the metallurgy, testified from recovery of specific tools for the fusion. On the walls and bottom of the cave are visible hypogeic structures linked to propitiatory rituals and sometimes used for funerary purpose. On the Punta di Manaccora there is then a settlement composed of 66 huts of the same era, of which they remain the holes for the housing of the poles and the perimeter canals.

Located on a small promontory between San Menaio and Peschici, near the railway station “Peschici-Calenella”, it is a complex of Paleochristian hypogea, consisting of over 800 burials and burial niches surmounted by arcosolia, dating from between the fourth and seventh century AD. Of particular interest the cavity called the “hundred columns”, in which there are pit graves obtained at the foot of the columns and graves canopy. The site of considerable historical and archaeological importance, also offers an exceptional panorama on the stunning Baia di Calenella (Calenella Bay). 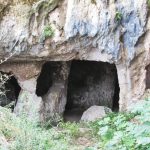 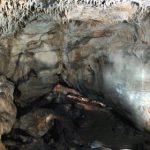 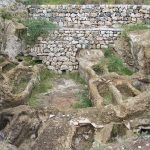 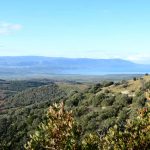 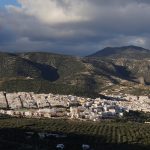